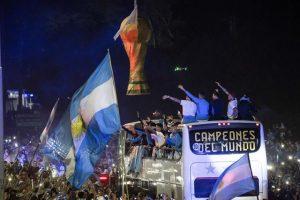 Thousands of ecstatic fans gave Argentina a heroes’ welcome in Buenos Aires in the early hours before dawn on Tuesday after the plane carrying Lionel Messi and his World Cup-winning team-mates touched down at Ezeiza airport.

The Argentine capital has been in party mode since their dramatic victory over France in Sunday’s final in Qatar, which gave the country its first World Cup win since Diego Maradona hoisted the trophy 36 years ago. 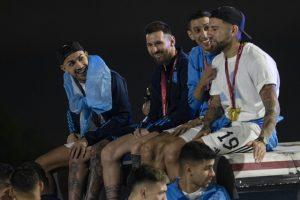 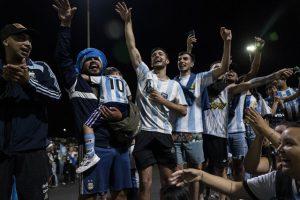 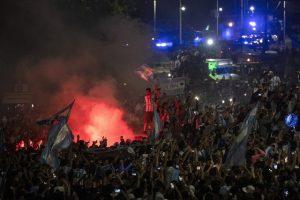 The players, wearing their gold winners’ medals around their necks and taking turns to hold the World Cup trophy aloft, waved at fans from an open-top bus as the lights from thousands of mobile phones sparkled and flags fluttered in the crowd.

Joyous fans sang to the beat of a drum and fireworks lit up the sky as the bus slowly wound its way through the crowd.

Thousands had tracked the plane, the state airline Aerolineas Argentinas AR1915, all the way from Doha and a stop-off in Rome.

The players are expected to spend a few hours at the Argentine Football Association (AFA) facilities near the airport before heading at noon to the huge Obeliso monument in the centre of town, where hundreds of thousands are likely to gather.

Bielsa In London For Everton Talks

2023: Tinubu told me he has no blueprint for tackling insecurity in North’ –...

ICC To Resume Investigation Into Philippines’ “War On Drugs”

Foreign AP News - 2023-01-27 0
The International Criminal Court (ICC) said it will resume an investigation into the Philippine “war on drugs” which has left thousands dead. It noted that...